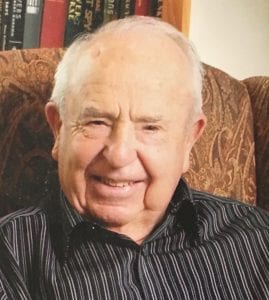 Chuck was the son of Charles and Helen (Filipp) Kula.  He was born Jan. 31, 1927 in Gettysburg, SD and was the oldest of three.  He is survived by his five children, Michael (Diane) of Gettysburg, SD, Tom (Kathy) of Fort Collins, CO, Jane Jakubec (Ladia) of Spearfish, SD, Joan Wagner (Scott) of Robins, IA and Mary Minnis (John) of McKinney, TX, nine grandchildren Erin, Sara, Dustin and Abby Kula, Geoff, Jamie and Seth Wagner, Jacob and Julia Minnis and four great-grandchildren. Calvin was preceded in death by his wife, Inez, and two sisters, Phyllis Brown and Elaine Thomas.

Calvin was active in Knights of Columbus, American Legion, VFW, Newman Club, and served as a Color Guard for the Legion for over 25 years.  He served on the local FmHA board, school board, 4-H club, and was a committee member for the FSA.

Calvin attended four grade schools; East Cattron, which was located near the family farm, Whitlock Crossing while his parents ran the restaurant during 1937 and 1938, Moulton and San Antonio, Texas which he attended during the years there wasn’t any farming, when the family went to Texas for the winter.  He graduated from Gettysburg High school in 1945 where he was the captain of the football and basketball team. He was on the track team which placed second in the state in 1944.  He was also the president of his freshman and senior class.  He attended college at Northern State in Aberdeen, SD for two years and USD, Vermillion, SD for one year.

He served his country in the Korean War in 1950 and 1951 where he was stationed north of the 38th parallel with the 38th infantry second division.

He met his wife, Inez Hall shortly after returning from Korea at a dance in Gettysburg and married her on June 3, 1953.  Calvin and Inez enjoyed square dancing, camping, wintering in Alamo, Texas and traveling which included Europe, Asia, Mexico, Panama, and Canada, as well as trips to Alaska and Hawaii.  In 2009 they moved near Mary, in McKinney, Texas where Calvin has lived the last few years.

Calvin was a farmer his whole life.  He got his start on his dad’s farm west of Gettysburg in 1951 after returning from the war.  His first purchase was 320 acres for $20/acre.  He raised grains, cattle, hogs, sheep and always had a few horses around.  The Kula family farm was started by Calvin’s dad, Charlie, in 1919.  Calvin retired from the farm in 2010 when he was 83.  His son Mike continues to operate the family farm.

Calvin’s wish was to have his ashes returned to the farm in South Dakota where the family will gather to celebrate his life.  A wake and burial service are not planned. Memorial donations may be made to the American Cancer Society – www.cancer.org/about-us/local/south-dakota.html.

Condolences for the family may be left at www.tjmfuneral.com.