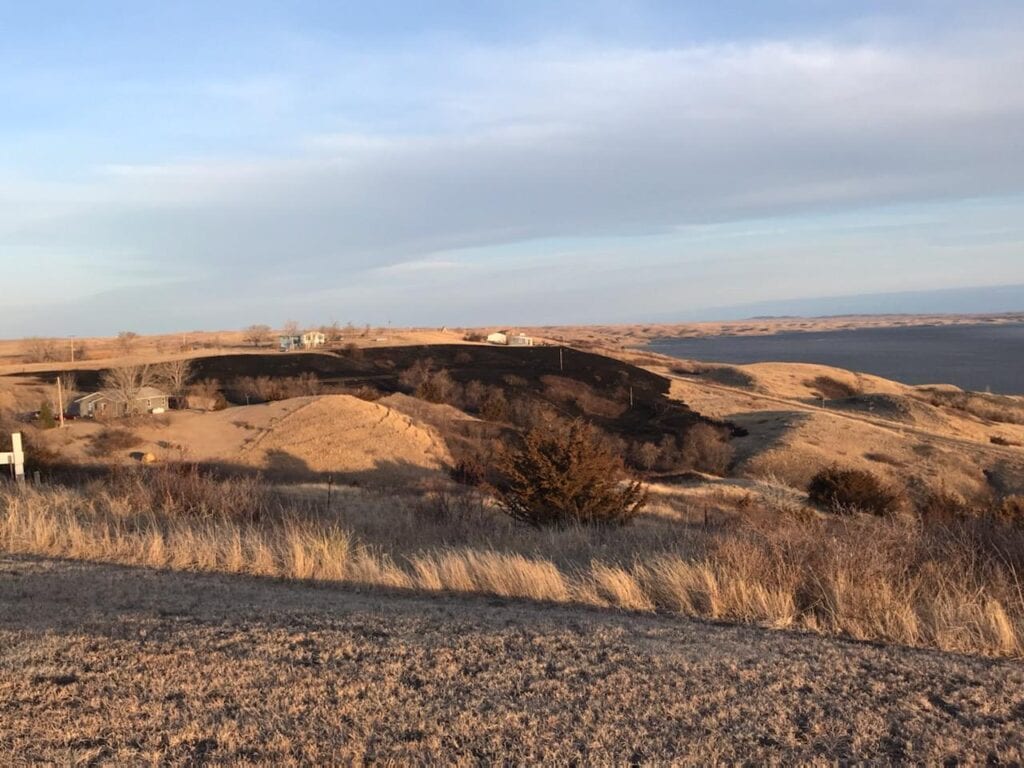 The sunrise on Monday morning showed just how close a fire came to homes on Sunday afternoon when a burn barrel fire jumped to the grass and burned the area west of the Forest City Bridge. It was around 1:15 on March 7 when the fire siren blew in Gettysburg, calling the volunteer fire fighters across the bridge to the grass fire. The local department was on the scene until a little after 3 p.m. and the BIA fire department from west river stayed later to make sure there were no hot spots. It was guessed between 30-40 acres burned, with the wind helping to push it down the hills toward the water and away from the structures. The fire started from a burn barrel near the Nitzsche house when the sparks jumped and flames spread with wind speeds in the 35 mph range. No injuries were reported due to the fire. Gettysburg Fire Chief Mark Goebel warned that the dry conditions have produced a lot of fuel in the countryside, so it is important to use extreme caution and remember that Potter County is under a burn ban until further notice. Although winter and wet weather is expected in the region during the coming week, it will likely not be enough to lift the burn ban. That same afternoon a firefighter training class was being held at the Gettysburg Fire and Rescue Hall with new firefighters from Gettysburg, Hoven, and Agar working on training exercises.