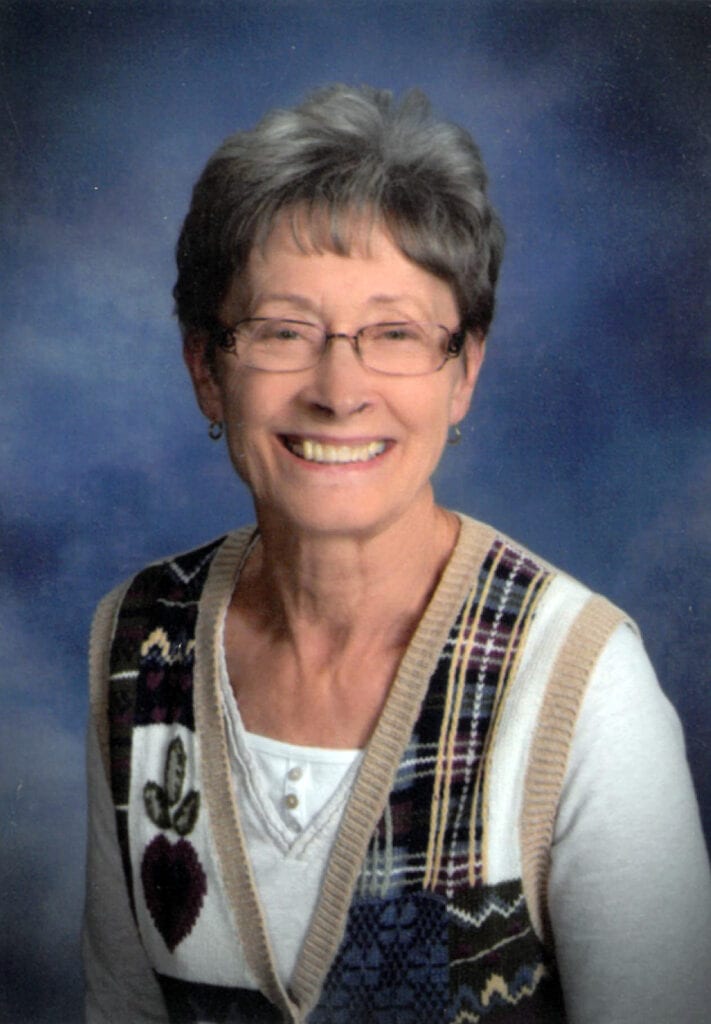 “There’s nothing more important in life than family and friends and there is no job too large to handle, nor one too small not to lend a hand” was the philosophy of life for Donna Louise Robbennolt, who was born to Robert and Dorothy (McGilvrey) Bown,  Dec. 28, 1936 in Thief River Falls, MN. As a young child the family moved to a farm in Northwest Hyde County where she attended country school and graduated from Gettysburg High school in 1954. On May 21, 1955 she married Gene Robbennolt at Sacred Heart Catholic Church.

Donna led a very busy life, raising three children and being a very active member of the community, serving on many boards and belonging to many clubs and organizations including Oahe M & M Extension Club,  several arts councils, American Legion, Sacred Heart Altar Society and Dakota Sunset Museum, just to name a few.

She wasn’t just a member of these organizations. She dedicated herself to them and it showed as she received Good Neighbor Award 1986, Citizen of the Year 1988, Legionette of the year in Gettysburg and the district 1997. The most prestigious award came in 2011 when she received the Eminent Homemaker of the Year for the state of South Dakota. The word “NO” was not in her vocabulary!

Donna loved gathering with her group of friends portraying many different characters in parades and programs throughout the area.  Traveling and seeing many parts of the world was also very exciting for her. Reading, crocheting, gardening, playing cards, board games, singing in community groups and exercising were the things she enjoyed in her free time.

Her love for her family surfaced every single day, whether it be a delectable treat from her kitchen or attending grandchildren’s concerts and sporting events.

She is preceded in death by her husband, Gene; parents, Robert and Dorothy; parents-in-law, Max and Mary; brother, Jerry; daughter-in-law, Marie; grandson, DJ; and brother-in-law, Dan.

Luce Funeral Home of Gettysburg has been entrusted with Donna’s arrangements. (www.familyfuneralhome.net)