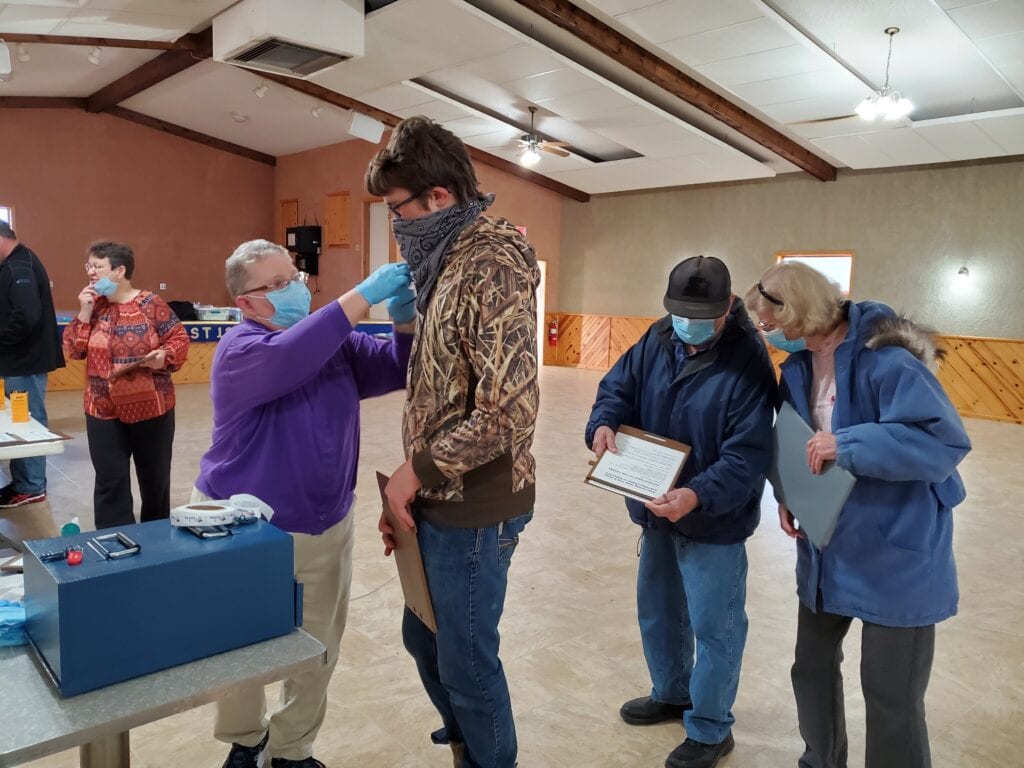 Poll worker Delores Wickersham put the “I Voted” sticker on GHS senior Ryatt Genzler (James and Kristie) after he cast his first vote during Tuesday’s General Election at the American Legion Building. In line behind him were longtime GHS teacher Ruben Rieger and his wife, Donna, who reviewed the instructions as they waited their turn to cast their ballots. There were six members of the senior class who were brought to vote on the morning of Nov. 3 by their government teacher, Mr. Keith Scott.