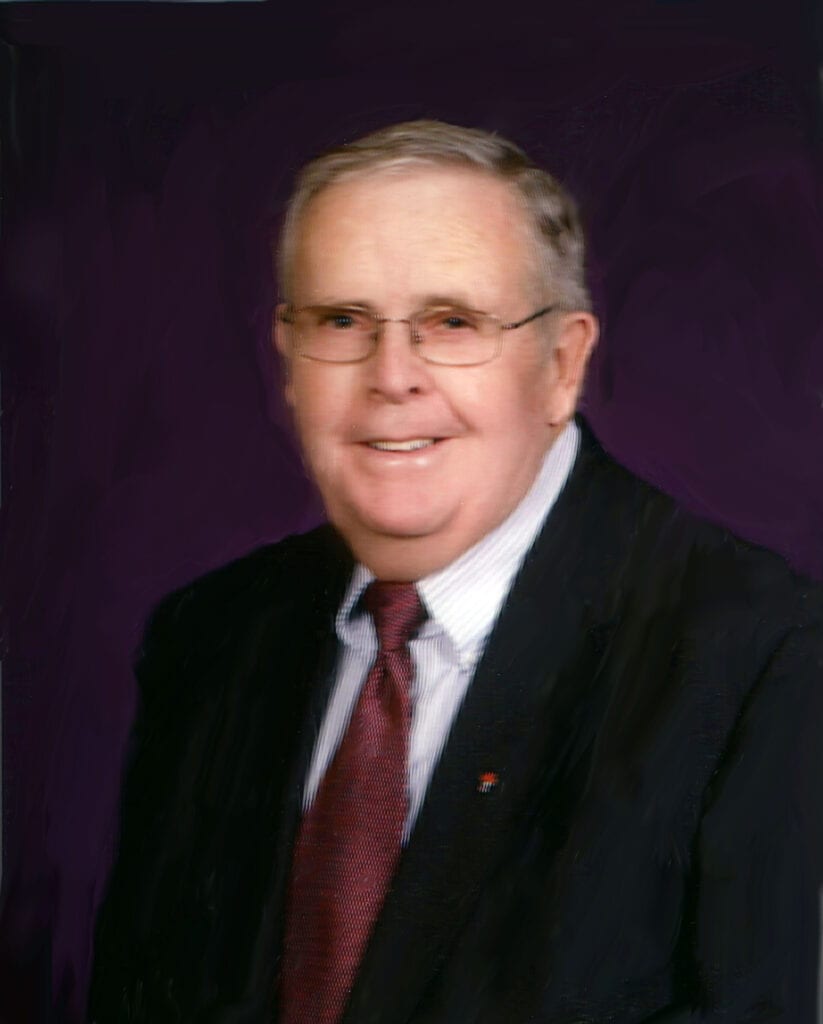 Franklin Delano Fransen was born to Arend and Minnie Irene (Gear) Fransen on March 21, 1933 in Potter County, South Dakota.  He was born in the farmhouse on what had been known as the Bartels Place southeast of Gettysburg where his family lived.  His parents also lived on the Lee Farm north of Gettysburg and the Simon farm south of Gettysburg during his childhood.

Frank attended Ash Grove for the 1st, 3rd and 4th grades and North Elida School for the 2nd grade, both country schools in Potter County.  He graduated from Gettysburg High School in the Class of 1950.  He was active in music, basketball and track while in school.

Frank married Mary Ann Garrity of Harrold, SD on Oct. 20, 1951 at St. John’s Catholic Church in Harrold.  To this union 10 children were born. At the time of their wedding, he worked for Leo Comeau picking corn by hand.  Frank and Mary Ann lived for a short time on the former Fransen farm northeast of Gettysburg prior to moving to Martin, SD. He was employed at the Red Owl grocery store in Martin.  Their first child was born in Nov. 1952.  In late 1952, Mary Ann and Frank moved to the Hobus Farm east of Gettysburg.  They lived for a time on the Kamen Farm west of Warner and the Voorhes Farm west of Gettysburg.

In 1955, Frank and Mary Ann operated the Garrity Farm near Harrold following the death of Mary Ann’s father.  They lived in Pierre for a time where he was employed on the construction crew building the Oahe Dam.  They returned to Gettysburg in 1958 where he was employed at Leo and Helen’s Red Owl grocery store.  The family moved to Redfield, SD in November 1959 where Frank began employment with the new Sooper Dooper grocery store.  Their family grew to seven children before they returned to Gettysburg in August 1964 where he resumed employment at Leo and Helen’s Red Owl store.  Their youngest child arrived in 1969.

Frank was employed several years as a route salesman for wholesale meat customers in central South Dakota.  He then operated Tom’s Meats in Onida, SD starting in 1973 until his 62nd birthday in March of 1995. Frank did some lawn mowing in the summers for a couple of years to keep himself busy after retiring before he started working at The SuperWash carwash part-time retiring again in 2015 due to health issues.  After living in Gettysburg since 1964, Frank and Mary Ann moved to Pierre, SD in 1987 and then to Huron, SD to live with their daughter Mary’s family for the last five years.

Frank was preceded in death by his wife Mary Ann on Dec 17, 2020, his two infant sons; Joseph and Luke; his daughter Pam Hoag, his parents and grandparents, and his brothers Darrell and Raymond.

Luce Funeral Home of Gettysburg has been entrusted with Frank’s arrangements. (www.familyfuneralhome.net)