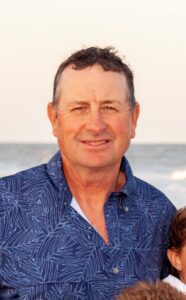 Mass of Christian Burial for Gary G. Rausch, 62, of Onaka will be at 10:30 a.m., Wednesday, Aug. 4, 2021, at St. John the Baptist Catholic Church in Onaka, SD, with the Rev. Fr. Darin Schmidt and the Rev. Fr. Brian Simon officiating.  The service will be live streamed and available at www.CarlsenFH.com under Gary’s obituary.

Interment will be in St. John the Baptist Catholic Cemetery at Onaka.

Gary died Sunday, Aug. 1, 2021, from injuries sustained in an accident near his farm.

Gary was born Nov. 22, 1958, to Duane and Janice Rausch of Onaka, SD.  Gary grew up with his 12 brothers and sisters on their family farm in Onaka, SD, where his passion and love for cows began.  He attended his early years of school in Onaka, but finished his schooling in Cresbard.

While in school, he met and fell in love with Twila Baker.  They were married in February 1979.  For the first two years of their marriage, they lived in Onaka, at which point they moved to their family farm where they remained.

Gary loved Hereford cows, sporting events, hunting, never missing a meal, and winning AM radio trivia.  However, Gary’s peak happiness came from watching his kids and grandkids compete in various sporting events.  He coached both teener and legion baseball, including being selected to coach the all-star game in Milbank, SD. Gary was a member of the parish council for St. John the Baptist Catholic Church. He was also a volunteer firefighter for Onaka and was a member of the Clark Township Board. Gary loved the Twins, the Vikings, and very much enjoyed the “Minneapolis Miracle.”

Gary was a kid at heart and could often be found instigating mischief.  The sparkle in his eye always gave him away.  Gary was a “talker” and could often times be found in lengthy conversations with complete strangers. He loved going to bull sales.  He loved the road trips, the comradery, and the lifelong relationships.

In lieu of flowers the family prefers memorials to Immanuel Lutheran Church in Wecota, SD, St. John the Baptist Catholic Cemetery Fund in Onaka, SD or St. Anthony’s Catholic Church in Hoven, SD or just go have yourself a steak in memory of Gary.

Carlsen Funeral Home and Crematory of Aberdeen has been entrusted with arrangements.