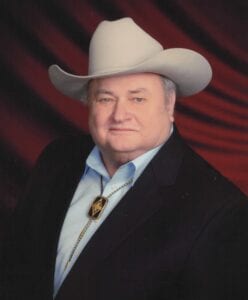 Jack A. Belkham was born Sept. 1, 1937, in Springfield, MO, to Troy and Agnes (Heffelman) Belkham.  He was raised in Grove, OK, by his foster parents, Dow and Hoakie Phoenix, from the age of 6 months.  He was an only child.  He attended school in Grove, OK, and graduated High School.  He attended college at Tahlequah, OK, and postgraduate studies in education at Black Hills State College and Arizona State College.  Jack was an enrolled tribal member of the Seneca Cayuga Tribe of Grove, OK.  Jack taught and coached in Dupree and Fort Pierre, SD, and worked with the tribal school in Eagle Butte, SD.  In 1978 he moved to Flandreau, SD, where he was Principal and then the Superintendent at Flandreau Indian School.

Jack married Betty Walker in 1955 in Grove, OK, and to this union, four sons were born.

In 1967 Jack received the “Rookie Cowboy of the Year” award.   He was very active in the Professional Rodeo Cowboys Association in both calf roping and steer wrestling.  Jack was a gold card member of the PRCA.  He was later active in the South Dakota Rodeo Association, the Northwest Ranch Cowboy Association, Senior Men’s breakaway roping, and team roping.  One of Jack’s greatest rodeo accomplishments was winning the NRCA Senior men’s breakaway roping in 1990.

Jack married Barbara Roeber on June 2, 1990.  When first married, they lived on acreage in Flandreau, SD.  In addition to his career in education, Jack raised horses, steers, and calves and spent weekends as a rodeo contestant.

Jack retired from Flandreau Indian school in 2002, and in 2016 they moved to Sioux Falls so that Barbara could be closer to her profession as a Physician Assistant for Sanford Family Medicine. He spent the last eight months at the local nursing home.

He was preceded in death by his parents and foster parents.

The funeral service was live-streamed to the funeral home’s website. Arrangements have been entrusted to Hyke Funeral Home in Redfield.  (www.hykefuneralhome.com)