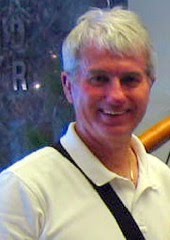 Jim was born on May 2, 1940 in Alton, Illinois. He graduated from St. Ambrose College, Davenport, Iowa in 1963. He was employed throughout college at Aluminum Company of America (ALCOA), and continued employment there until his move to Colorado. Jim joined Hewlett Packard in 1981 and took retirement in 1999. He continued in several consulting positions for a few more years. He resided in Centennial, Colorado until moving to Broomfield, Colorado in 2017.

He was preceded in death by his parents and three brothers.

Jim will be greatly missed by his family and friends. Due to COVID, a celebration and memorial will be held at a future date.

Donations in Jim’s memory can be made to the ALS Assoc. (Rocky Mountain Chapter), TruCare Hospice of Boulder, CO, or Our Father Lutheran Church of Centennial, Co.