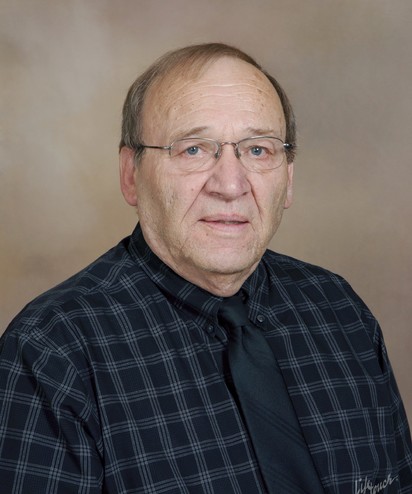 Jim was born to Eldon and Dorothy (Carr) Bevers on Dec. 3, 1947, at St. Mary’s Hospital in Pierre, SD.  He spent his early years in Pierre, prior to his family moving to Gettysburg, SD, where Jim attended school through his senior year.  During the beginning of his senior year, Jim attended high school in Selby, SD, enjoying an undefeated year in football, of which he was very proud.  He returned to Gettysburg during the second semester and graduated from high school in Gettysburg in 1966.

Following his high school years, he first attempted to join the army, but was refused enlistment for failing the high-pitched portion of his hearing test during the physical. Shortly after, he received a draft notice, tried to enlist with his draft notice and, again, was refused entry for failing his hearing test a second time. Jim heard it was easier to enlist in the Marine Corps and returned to Sioux Falls to try one more time. They recognized him when he walked in and he was again refused enlistment.

He then worked briefly at Schlachter Lumber in Gettysburg. He moved to Chicago and lived with his sister Judy and her family for a few years while employed in a factory. He next hitchhiked to Denver and worked for a few years in a bumper factory before hitchhiking to Minneapolis for a short time.

He then decided he did not like the big city life and moved back to Pierre, SD, where his parents were living at the time. There, he met his wife of the past 48 years, Pauline Engelmann. They were married July 8, 1972, at Trinity Lutheran Church in Miller, SD. To this union, three children were born, Tony, Laura, and Corinna.

Jim and Pauline lived in Pierre for 3 years before purchasing a home in Dell Acres, 7 miles East of Pierre, where they lived until 1997. During their 25 years in Pierre, Jim worked as the assistant manager at TSC with Ron Becker, manager, and they became close friends. At night, they would occasionally do ambulance flights, flying patients to hospitals in Minnesota. He then opened and managed OK Hardware until the company was sold. His next endeavor was to open and manage the hardware department at Red Owl. Moving on from Red Owl, he sold advertising for KCCR Radio for several years until he took over management of Hogan’s Hardware Hank in downtown Pierre, which he managed for many years.

Throughout that time, Jim took evening college classes, graduating with a business degree. In 1991, Glen Rasmussen, a friend and hardware store customer, offered him a position as an ag loan officer for Draper State Bank in Draper, SD. He accepted the position and drove the 90-mile round trip every day for many years.  In 1997, Jim was offered and accepted the position as Vice President of the American Bank & Trust in Wolsey, SD, and Jim and Pauline moved to Miller, SD. Jim was next asked to serve as President of American Bank & Trust in Alpena, SD. In his final position with American Bank & Trust, he moved to the Miller branch when it was purchased, retiring from there as Vice President and ag lender three times before his illness forced his final retirement in November 2018. It was a job he loved, with great coworkers and many customers who became lifelong friends.

Much of Jim’s time outside of work was dedicated to the well-being of children.  Jim and Pauline cared for over 200 foster children during their time in Pierre and it was not unheard of to have 6-8 foster children at one time during holidays or taking in additional foster children while other area foster families were vacationing. Summer vacations usually involved son Tony, daughters Laura and Corinna, and several foster children who were always included and treated as family.

During Jim’s retirement, he spent a great deal of time with his teenage grandson Cody, taking him to athletic training camps throughout the Midwest while taking great pride in Cody’s accomplishments. He also enjoyed helping with Boy Scouts through the years and was a strong supporter of Cody as he worked towards and attained his Eagle Scout Rank. Jim never missed a sporting event Cody was in, from taekwondo to basketball to track to cross country.

Upon his retirement, he enjoyed spending time with family, shooting sports and gun collecting, and giving people a hard time. He could strike up a conversation with anyone and people were never strangers for long.

During his years in Miller, Jim was a Rustler Roost board member, Miller Housing Commission board member, Boy Scouts Treasurer, Church Council Treasurer, and a member of the Miller Lions Club. He enjoyed giving back to the community in any way he could.

He was preceded in death by his parents; sister and brother-in-law: Judy and Morgan (Buddy) Brooke; father and mother-in-law: Paul and Alice Engelmann; and granddaughter Madison Bevers.

Reck Funeral Home of Miller has been entrusted with Jim’s arrangements.  Visit www.familyfuneralhome.net.