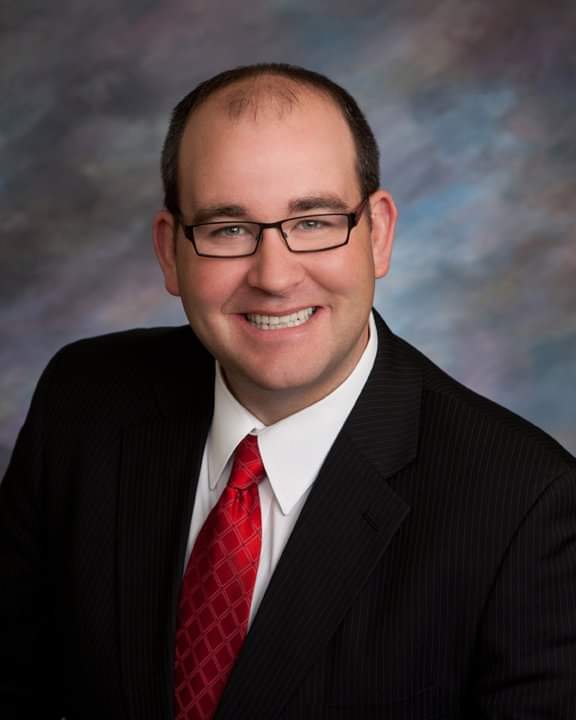 Mass of Christian Burial will be 10:30 a.m., Thursday, Nov. 19, at Sacred Heart Catholic Church, Gettysburg, with Fr. Grant Lacey presiding. Burial will follow in Sacred Heart Catholic Cemetery, Gettysburg. Visitation is 3 to 7 p.m., with a wake at 7 p.m., Wednesday, Nov. 18, at the church. Those attending are required to wear masks. A live broadcast of the service will also be available.

Justin Robert Cronin was born Oct. 9, 1980 in Sioux Falls, SD to Daniel Carl and Janet (Bown) Cronin. He was a graduate of the Gettysburg High School Class of 1999. Justin continued his education at Holy Cross College, Notre Dame, IN for two years before graduating from the University of St. Thomas, St. Paul, MN with a bachelor’s degree in business.

In 2003 Justin went to work for Cahill, Schaefbauer and Associates, working with them until 2006. During this time, from 2005-2007 he served as the executive director of the Gettysburg Whitlock Bay Development Corporation. In 2006, he became the co-owner of J & B Quickstop, operating it until 2012 when he lost the business to a fire.

On December 31, 2010, Justin was united in marriage to Deb Hanson at Sacred Heart Catholic Church, Gettysburg. To this union, he gained three children and one daughter Kea.

Politics was a large part of Justin’s life. He found it an honor to serve the people of District 23, which he did from 2009 – 2017, serving from the SD House of Representatives. From 2011-2015, he was the assistant majority leader and he served as the chair of the appropriations committee from 2015-2017. He continued his service as a senator for District 23 from 2017-2019. Justin has also had the privilege of serving on the National Conference of State Legislators (NCSL); serving on several committees and task forces to include: founding co-chair of the Agriculture Task Force, member of the State and Local Tax Task Force, and a vice-chair of the Natural Resources and Infrastructure Committee. He was also instrumental in getting legislation passed for the SD vs. Wayfair decision from the United States Supreme Court as well as being an active participant in the NCSL Leaders Programs. His involvement in the American Legislative Exchange Council (ALEC) included serving as a member of the Energy Environment Committee. Lastly, he served as a delegate for the Streamline Sales Tax Governing Board.

Justin was a member of Sacred Heart Catholic Church, Gettysburg, where he was active in the Knights of Columbus. He also served as a board of director for Avera St. Mary’s Hospital. In his free time, Justin enjoyed hunting, fishing, traveling, cooking, and being a huge supporter of Notre Dame athletics.

Luce Funeral Home of Gettysburg has been entrusted with Justin’s arrangements. www.familyfuneralhome.net