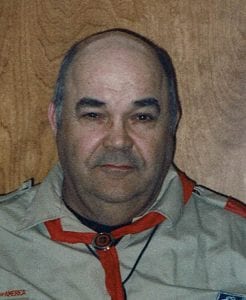 Funeral service will be at 10:30 am on Friday, Jan. 10, 2020, at the First United Methodist Church in Pierre, SD. A visitation will start at 5 p.m. on Thursday Jan. 9 at Isburg Funeral Chapel in Pierre, SD with a prayer service starting at 7 p.m.

Kurt was born on May 1, 1939 to Erle and Priscilla (Hull) Neyhart in Gettysburg, SD. He grew up on a farm near Gettysburg where he also attended school and graduated.  After high school he went into the construction business with his good friend Roger Lehmkuhl.  Kurt served in the Navy during Vietnam from January 1961 to January 1965. After serving his time in the military, Kurt moved to Pierre and worked for the South Dakota Department of Transportation for over 40 years.

Kurt married Mary Schmidt on Aug. 2, 1969 in Pierre. They were married for 50 years and to this union they were blessed with two children; Tony and Troy.

Kurt enjoyed many things; he loved the outdoors and going camping. He was part of the Boy Scouts Troop 127 for 42 years and was a member of the First United Methodist Church since 1968.  Kurt was excellent at wood working and he could build anything.

He was preceded in death by his parents and his two brothers; Neal Neyhart and Max Neyhart.

Memorials can be made to the First United Methodist in church in Pierre, SD and Boy Scouts Troop 27.

Online condolences may be written at Isburgfuneralchapel.com