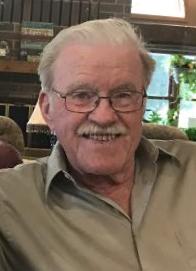 Lester Smith, 83, of Pierre, died on Oct. 5, 2019 at Avera Heart Hospital in Sioux Falls, SD. Funeral Services will be held at 10:30 a.m. at the Pierre First United Methodist Church with visitation an hour prior from 9:30-10:30 a.m.  Interment will follow at the Onida Cemetery.

Lester was born to Gilbert “Pete” and Alice Smith on Aug. 17, 1936 in Pierre, SD. He grew up in Western Sully County, graduated from Agar High School and joined the Army in 1954. After getting out of the Army, Lester married the love of his life, Maryln, and together they had four children. Lester worked as a farmer, rancher and for Sully County Highway Department until retirement. He moved to Pierre in 1996 where he lived out the rest of his life.

Lester enjoyed dancing, hunting and listening to honky tonk music. Almost every day, he could be found north of Pierre on his land enjoying the outdoors and time with Sandy and her family. He was very loved by all of his family and friends.

Condolences may be conveyed to the family at www.feigumfh.com