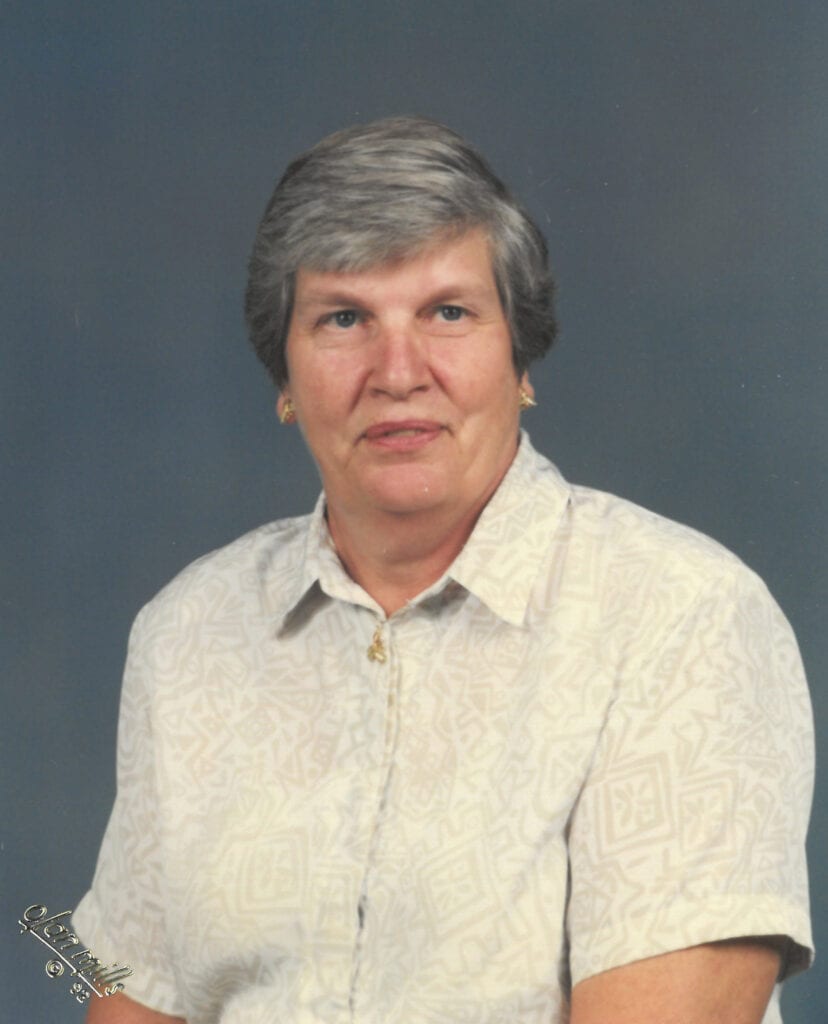 Mary attended Gettysburg High School where she was active in many school groups.  She married Derald Hanson on Oct. 22, 1947 and they had five children: David, Patty, Bill, Diana, and Dean.  They lived on the family farm for 60 years before they moved into an apartment in town.

She held the offices of President and Secretary of the Sacred Heart Altar Society and she taught Catechism for five years.

Derald and Mary enjoyed taking many trips to different parts of the United States and Europe and they made friends wherever they traveled.  They also enjoyed playing cards and every morning for several years they would play a game or two of Cribbage.

Mary was a wonderful wife, mother, grandmother, and great grandmother.  She loved having the whole family around the large farmhouse table for a delicious holiday meal followed by the traditional card game called Dimes.  She will be missed by all of us!!!

Luce Funeral Home of Gettysburg has been entrusted with Mary’s arrangements. (www.familyfuneralhome.net)