Peek at the Past 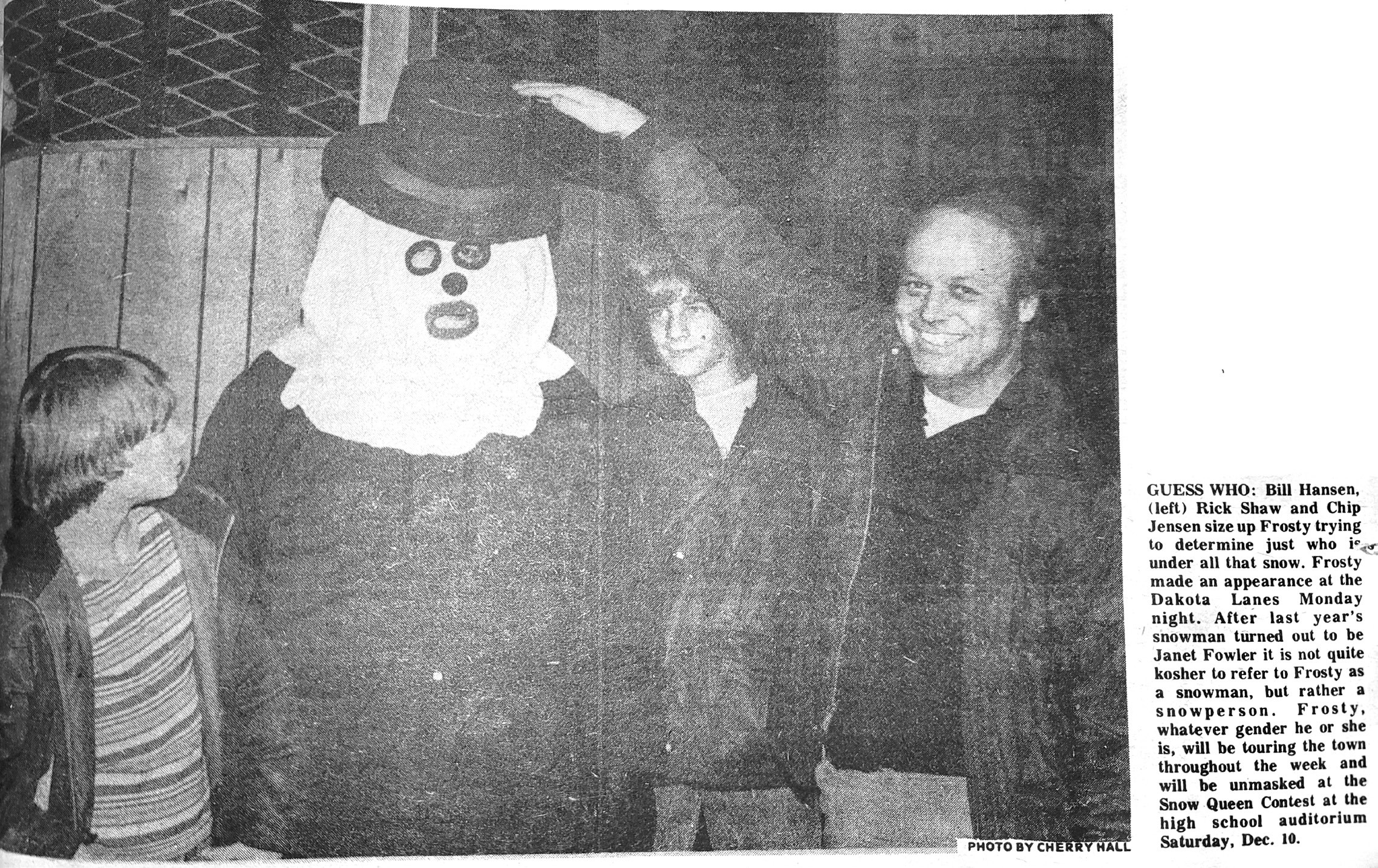 It was 1977 when one of the first signs of the holiday season appeared in Gettysburg with a visit from the Mystery Snowman. The cutline with the photo read: “GUESS WHO: Bill Hansen, left, Rick Shaw, and Chip Jensen size up Frosty trying to determine just who is under all that snow. Frosty made an appearance at the Dakota Lanes Monday night. After last year’s snowman turned out to be Janet Fowler it is not quite kosher to refer to Frosty as a snowman, but rather a snowperson. Frosty, whatever gender he or she is, will be touring the town throughout the week and will be unmasked at the Snow Queen Contest at the high school auditorium Saturday, Dec. 10.” Ed Jacobs was unmasked as the Mystery Snowman that year. Jan Hall was crowned Miss Gettysburg and went on to win the State Snow Queen title. -MMcR