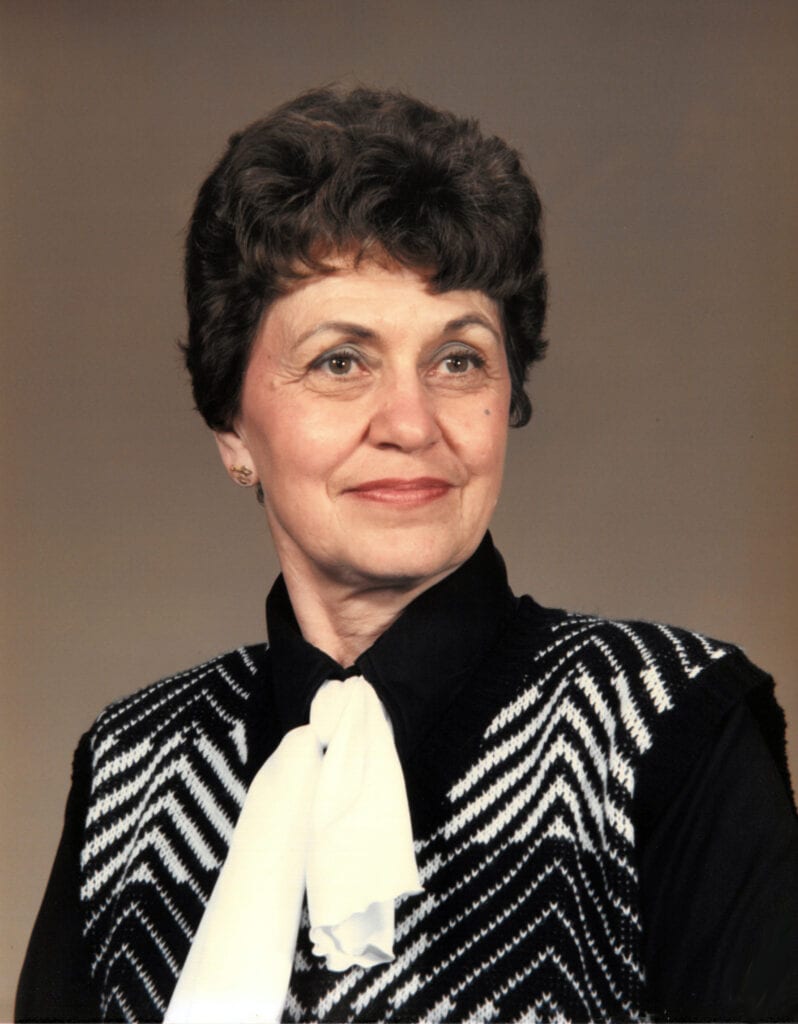 Visitation will be from 10 a.m. to 12 p.m., Thursday, July 30, at the United Methodist Church. Graveside services will follow at 2 p.m. at the Gettysburg Cemetery.

Peggy Ann Hertzler was born April 15, 1929 to Ed and Doris “Happy” (Ekwortzel) Hertzler at Nye, Montana. Peggy attended
grade school at the Nye Country School, and then she went to Absarokee High School. After graduating from high school,
she went on to get her degree as a Registered Nurse in Billings, MT.

Following college, Peggy worked as a surgical nurse in Billings for a short time. Then Peggy and her close friend,
Marion Glodt, moved to Forest City, SD to work at the Cheyenne Agency Hospital. Over the years, she also worked at the Gettysburg Hospital, and she worked at the Oahe Manor in various capacities – as a Registered Nurse, head nurse and as the administrator.

She married Neil Nauman on Nov. 16, 1950. They made their home in Gettysburg and raised four daughters.
Neil and Peggy owned and operated several Ag related businesses over the years.

Peggy was a member of the United Methodist Church and the UMW, she taught Sunday School, and held other offices in the church. She was also a member of a Home Extension Club and a 4-H leader.

She was involved in all of her daughters’ activities. She also enjoyed gardening, traveling with Neil and later with her lady friends, and bird watching in her backyard.

She is preceded in death by her parents, husband, and granddaughter, Amy Kemink.

Luce Funeral Home of Gettysburg has been entrusted with Peggy’s arrangements. (www.familyfuneralhome.net)