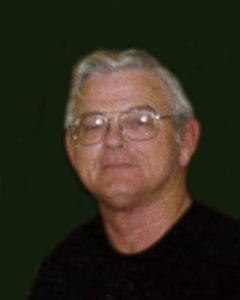 Stephen Michael Polich III was born Oct. 8, 1939 in Gettysburg, South Dakota to Stephen M. and Grace (Bassett) Polich II. Steve attended school in Gettysburg and then attended South Dakota State in Brookings. Steve enlisted in the United States Marine Corps and received his training at Camp Pendelton. During 1959 and 1960, he was stationed in Japan. On Nov. 26, 1962 he was united in marriage to Bonnie Wickersham at Sacred Heart Catholic Church in Gettysburg. They were blessed with two sons and a daughter. Steve worked for the Rapid City, SD police department and later the South Dakota State Highway Patrol. In 1967, they moved to Annandale, MN where Steve continued to work in law enforcement. He later became the service manager of Bemis Company in Minneapolis. In, 1987, Steve, Bonnie, and their daughter, Amy, moved to Puerto Rico where he managed a rice packaging plant, Sello Rojo, for Rice Growers of California. Steve’s remaining years of employment were spent with PSI in Denver.

He was a member of the Buffalo American Legion Post 270. In addition to being an avid reader, Steve had a passion for riding his motorcycle. He enjoyed pheasant hunting in South Dakota, working on his son’s race car, and being at the track. His greatest enjoyment was spending time with his family, especially with his grandchildren and their pets.

Arrangements are entrusted to Dingmann Funeral Care Burial and Cremation Services of Annandale, online at www.dingmannfuneral.com