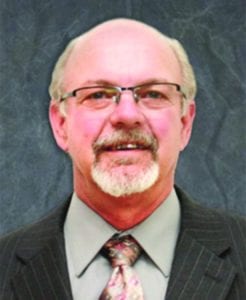 On Monday, Nov. 11, the annual Veterans Day program will be held at the Gettysburg School Gymnasium beginning at 9:45 a.m. The program is sponsored by the Gettysburg VFW Post 8530 and the American Legion Post 135 and will be followed by a potluck at the American Legion at 11:30 a.m. The program is being held at the school so the students may attend.

The Avenue of Flags will be raised at the courthouse on Saturday, Nov. 9, which will be followed by a free-will breakfast at the Legion around 8:30 a.m. The public is invited to the breakfast to meet the veterans who have traveled from around the country to participate in this year’s national Decorated Veterans Hunt which is hosted by the local VFW.

During Monday’s program, the school band and chorus will perform, and GHS students will be reading selections.

The key note speaker will be the VFW National Assistant Adjutant General. Honored guests will be members of the Decorated American Veterans, who are Purple Heart recipients and part of the national pheasant hunt taking place in Potter County this week.

Veterans from the community will also be honored with presentations of Quilts of Valor. Made by area quilters, the Quilts of Valor are presented to military personnel who have been touched by war.

He served in the United States Navy from 1983 to 2003. During that time he served in Desert Storm aboard the USS L. Y. Spear. In recognition of his service, he received the Southwest Asia Service Medal with bronze star.

DeShano joined the Veterans of Foreign Wars in 1993 at Post 392 in Virginia Beach, Va., later transferring to Post 2216 where he maintains his Gold Legacy Life membership.

He served as All-American Post Commander from 2000 to 2002, and served as Department Adjutant/Quartermaster from 2003 to 2018. On the national level, he has served on several committees, to include serving on the General Resolutions Committee, By-Laws Committee, as Special Aide-De-Camp and on the Council of Administration from 2014 to 2018.

He and his wife, Linda, reside in Kansas City, Kan.