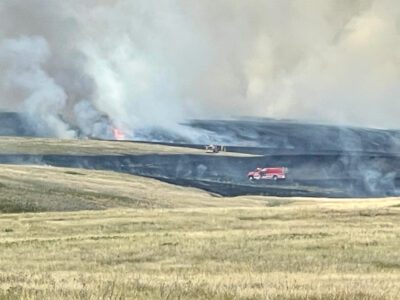 PHOTO BY WARREN LeBEAU Fire departments from Gettysburg, Eagle Butte, and Timber Lake were in the rolling hills near LaPlante on Sunday afternoon as they worked together to fight a prairie fire. The dry grass west river provided plenty of fuel for the fire, which also claimed a home in the west river country. Fire crews were on the scene […] 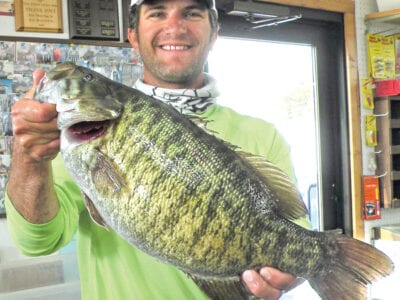 PHOTO COURTESY OF SOUTH WHITLOCK RESORT BAIT SHOP It was an exciting day at Whitlock Bay when Troy Diede of Sioux Falls brought this big Bass into the baitshop at South Whitlock Resort on Friday, July 16. According to the SD Game, Fish and Parks, the big one weighed in at 7 pounds 4.7 ounces, with a length of 20.75 […] 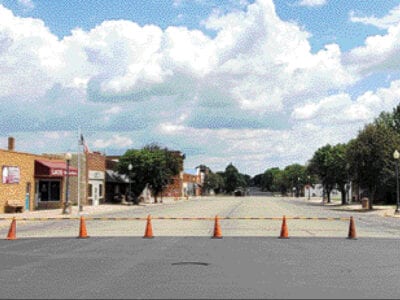 PHOTO BY MOLLY McROBERTS It was a slow day in downtown Gettysburg, when Commercial Avenue was blocked off for street work on July 10. The only sign of life on the street was the crew working to fill the cracks and seal the road during the maintenance work. The crews blocked streets as they worked in sections throughout town, which […]

Pool park gets splash of color

PHOTO BY MOLLY McROBERTS The park by the swimming pool in Gettysburg got a splash of color this week. City maintenance crew member Darryl Jenkins, who is a painter by trade, added a coat of bright colors to the playground equipment to give it a fresh, new look. The pool has been a popular spot in town with the warm […]

PHOTO COURTESY OF KRISTI LIVERMONT/AMRHC Marcella Twite and her daughter, Sara Wuttke, celebrated Mrs. Twite being welcomed into the Century Club. Her 100th birthday was May 18, and on June 16 she was presented her Century Club certificate from the South Dakota Health Care Association and Kelo-TV. The exclusive club is for South Dakota residents who reach their 100th birthday. She […] 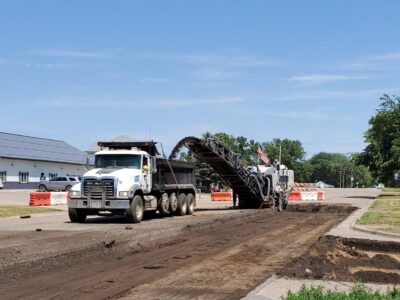 PHOTO BY MOLLY McROBERTS As road work continues on US Hwy 212 through Gettysburg, residents along the highway are faced with what many consider to be a significant financial burden as work may be needed to be done to sewer lines going to residential and business property along the work route. Residents attended a special meeting of the city council […] 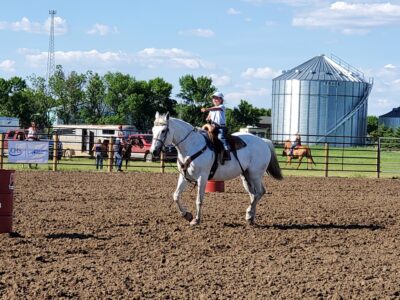 PHOTO BY MOLLY McROBERTS Zaidee Gunderson (Lindsay and Joe) was all smiles as she pointed out which barrel to circle to Indy, the horse she rode during the Battling for the Buckle event at the county fairgrounds in Gettysburg on Thursday evening. Indy belongs to Teresa McGuire, and the hot weather didn’t slow down the more than 50 riders who […] 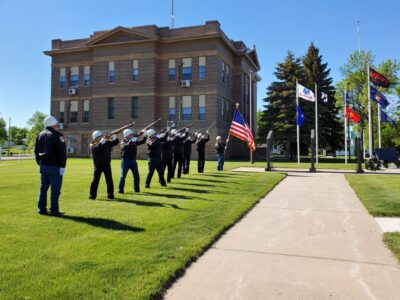 PHOTO BY MOLLY McROBERTS The VFW and American Legion Honor Guard presented a 21-gun salute during the Memorial Day at the Potter County Veterans Monument on Monday, May 31. Sergeant of the Guard Don Hericks gave the command to the Honor Guard made up of veterans Kermit Wager, Dale Goebel, Doug Larson, Frank Pearman, Vaughn Larson, Mick Hagny, Art Beringer, […] 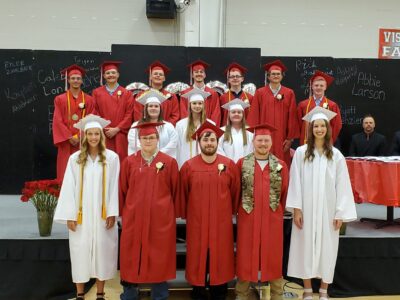 PHOTO BY MOLLY McROBERTS Gettysburg High School has a new class of graduates. The GHS Class of 2021 turned their tassels on Saturday afternoon, May 22, at the school gym. The stood for their last class picture during the ceremony. Pictured are (back, l to r) Ethan Pitlick, Jaydon Goebel, Kayden Ahlemeier, Dylan Drew, Rick Dahlquist, Ryatt Genzler, Brayden Schlachter. […]

PHOTO BY MRS. CHRISTY SALTSMAN It was the picture perfect field day for middle school students from Gettysburg, when they headed to Whitlock Bay on Wednesday, May 12 to do some clean up around the bay and learn about one of the area’s most popular past times. Marlys Otten (David and Heather) cast her line while fishing from shore. The […]

Category Pages are limited to 90 days. Please use the archive page or the search box to find older articles.